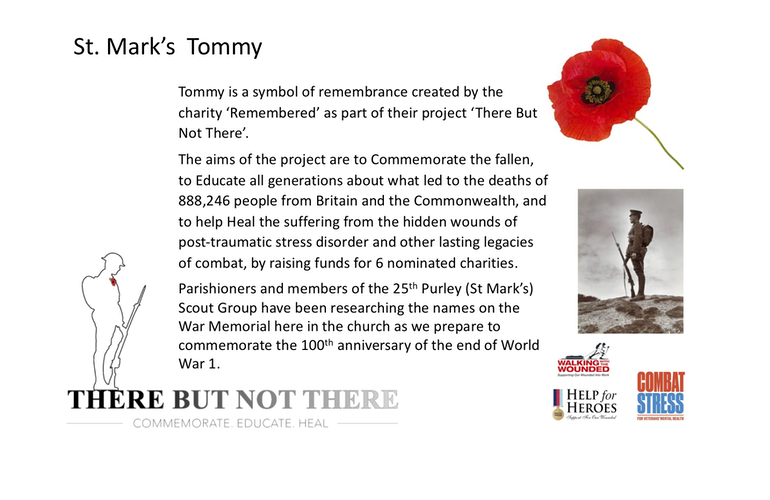 During the First World War many brave young men from the parish of St Mark’s died fighting for their country, and most of the 49 names of the fallen are engraved on the war memorial in the Church.

As we commemorated the centenary of the end of World War 1, members of the 25th Purley (St Mark’s) Scout Group, and parishioners as well, researched the backgrounds and histories of those named on the war memorial, with each family adopting a name. With the help of the Bourne Society we have tried to find out a little more about the people named on this memorial and what they were doing before they went to war, sadly never to return home.

For example, two brothers, Alfred and John Webb, are commemorated on the memorial in the Church. Their uncle, William Webb, was a local landowner and creator of the Webb Estate in Purley. He was also a generous benefactor of St. Mark’s Church, and there is a stained glass window commissioned by him in memory of his sons and two of his brothers in law.

Also in this section